About the 23rd Regiment of Foot, The Royal Welch Fusileers – Living History Group

“I saw the 23rd the other day and I never saw a regiment in such order. They are not strong in numbers, but it was the most complete and handsome military body I ever looked at.”

Over the hills of Portugal and Spain, through blood soaked Albuera to the killing fields of Waterloo, this regiment of astonishing infantry marched with Wellington to defeat the forces of Bonaparte. 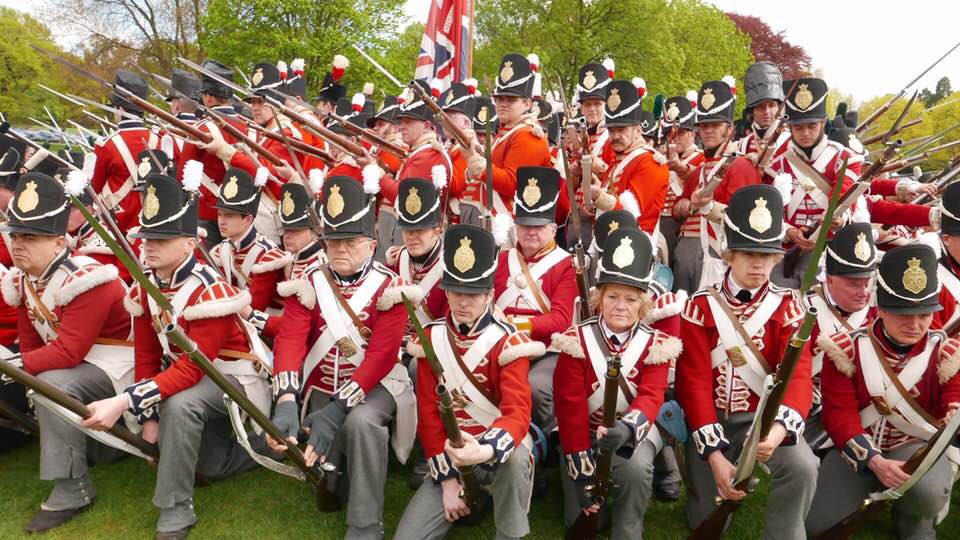 The ‘re-created’ regiment now carry their colours, fight battles, and live in the manner of it forebears. Our period camp is the centre of a well ordered military day, and – of course – a very convivial evening. We attend events large and small, both locally and overseas.

We are a group of Red-coat re-enactors based mainly along the Welch boarder and the West country. The group was first formed in 1995 by some like-minded individuals who wanted to recreate one of the finest Welsh infantry regiments that took part in defeating the ‘Corsican ogre’, as the French emperor Napoleon bonaparte was called.

The 23rd mainly attend events in the UK, but can regularly be seen taking part in battle re-enactments in France, Belgium, The Netherlands, Portugal and Spain. 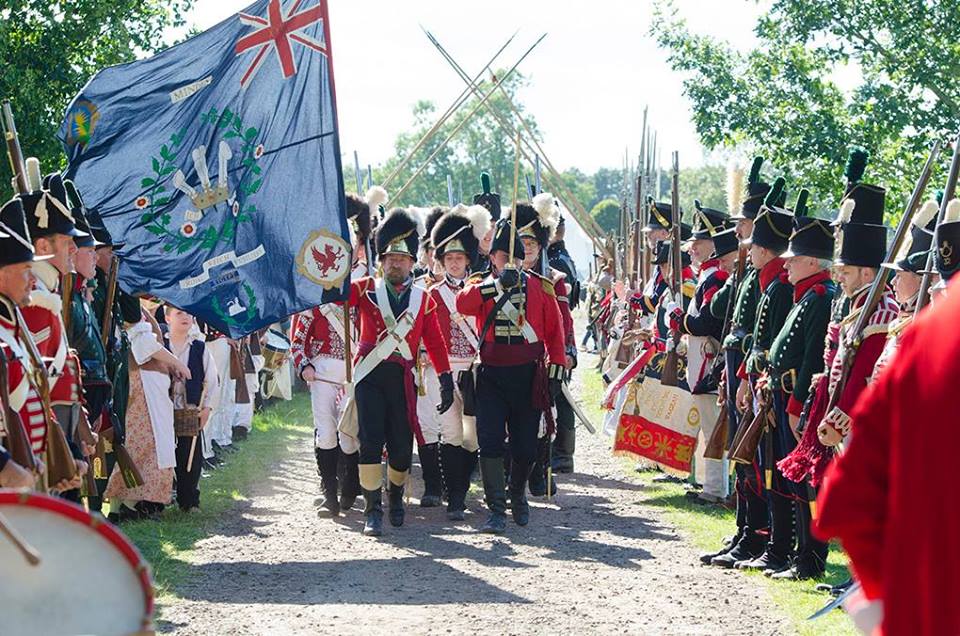 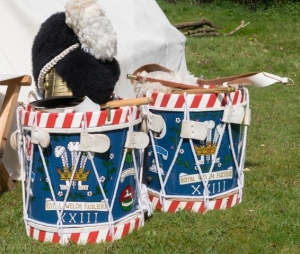 In our regiment we have roles for everyone and more than enough equipment to loan any new recruit. We’ll even let you try a couple of events with us, before we try and take any money from you. Although there is money involved, we do try to keep costs down. For example, it is still cheaper than golf. This is a enjoyable and sociable hobby. We can certainly find a role to suite you.

Take the kings shilling and you can be part of ‘Just the thing’. As Wellington said of the regiment as they marched to victory at the Battle of Albuera.

For more information about our group, events or joining us, click the button below or go to our Facebook page.

This site uses cookies. By continuing to browse the site, you are agreeing to our use of cookies.

We may request cookies to be set on your device. We use cookies to let us know when you visit our websites, how you interact with us, to enrich your user experience, and to customize your relationship with our website.

Click on the different category headings to find out more. You can also change some of your preferences. Note that blocking some types of cookies may impact your experience on our websites and the services we are able to offer.

These cookies are strictly necessary to provide you with services available through our website and to use some of its features.

Because these cookies are strictly necessary to deliver the website, you cannot refuse them without impacting how our site functions. You can block or delete them by changing your browser settings and force blocking all cookies on this website.

We also use different external services like Google Webfonts, Google Maps and external Video providers. Since these providers may collect personal data like your IP address we allow you to block them here. Please be aware that this might heavily reduce the functionality and appearance of our site. Changes will take effect once you reload the page.